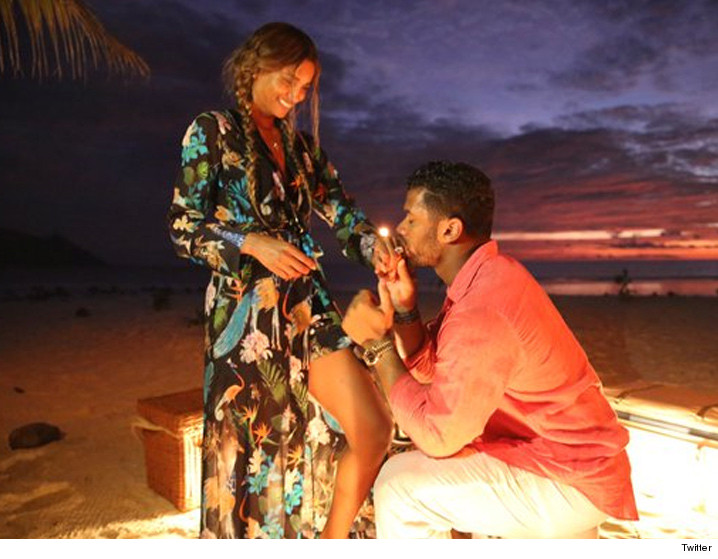 Just moments ago, Seattle Seahawks quarterback Russell Wilson took to social media to announce the engagement to songstress, Ciara. Wilson reportedly popped the question during a private champagne dinner off the coast of Africa on an island in the Seychelle, says TMZ. The couple became an item last year, and have been in the media constantly in regards to Ciara bringing baby Future around Russell constantly, as well as Russell being with baby Future without Ciara in attendance.

This news comes a month after Ciara’s $15million lawsuit against ex-husband, Future, for libel and slander of her mothering skills and relationship with Russell Wilson.

I wonder how this’ll go.

She said Yes!!! Since Day 1 I knew you were the one. No Greater feeling… #TrueLove @Ciara pic.twitter.com/qsufVC6snm