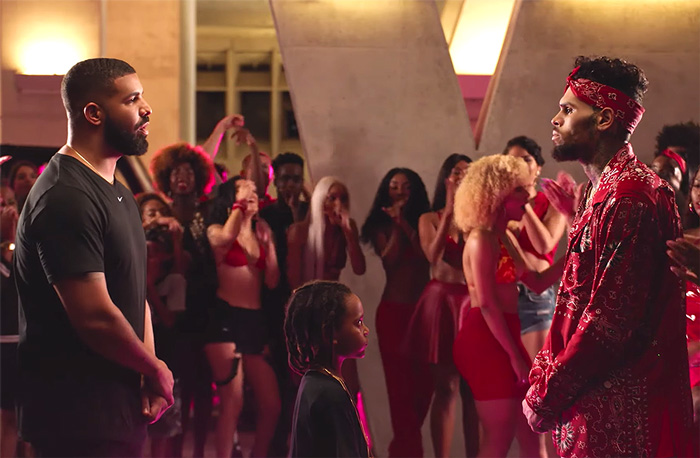 Chris Brown and Drake finally release the official video to their hit single, “No Guidance.”

Directed by Chris Robinson, Chris Brown and Drake recreate the night of their infamous Manhattan nightclub brawl back in 2012. However, instead of throwing bottles, the two engage in a dance-off after a night of partying in Miami.

Brown starts off showing what he can do; but when Drake’s turn comes around, he makes an embarrassment of himself, which results in everyone on his side leaving, thus, admitting his loss and ending the beef.

Watch Chris Brown and Drake in “No Guidance” below.