Born in Boston, but raised in Cambridge, Millyz has become a crowd favorite. Releasing his Blanco project just a year ago, the rapper has gone off to collaborate with artists like Jadakiss, Nino Man, Dave East and Smoke DZA, which proves he’s well respected in the game.

Millyz will be throwing a ‘Millyz N’ Friends‘ event at the Brighton Music hall on July 26th in Boston. 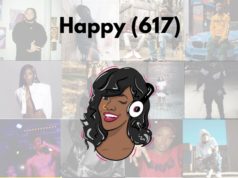