The New York Police Department recently issued a letter to Rolling Loud, asking them to remove Casanova, Don Q, Pop Smoke, 22gz and Sheff G off their line-up, as they “believe if these individuals are allowed to perform, there will be a higher risk of violence.”

Rolling Loud has not commented on this letter and the aforementioned artists are still scheduled to perform.

UPDATE (Oct. 11, 2019, 12 PM EST): According to Rolling Loud founder, Tariq Cherif, the five rappers will not be performing at this year’s festival. However, Cherif states that the artists will be compensated for booking fees and will be scheduled for future Rolling Loud events.

Check out the official set times and live stream below. 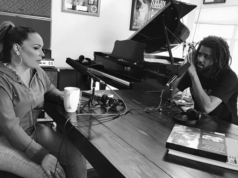