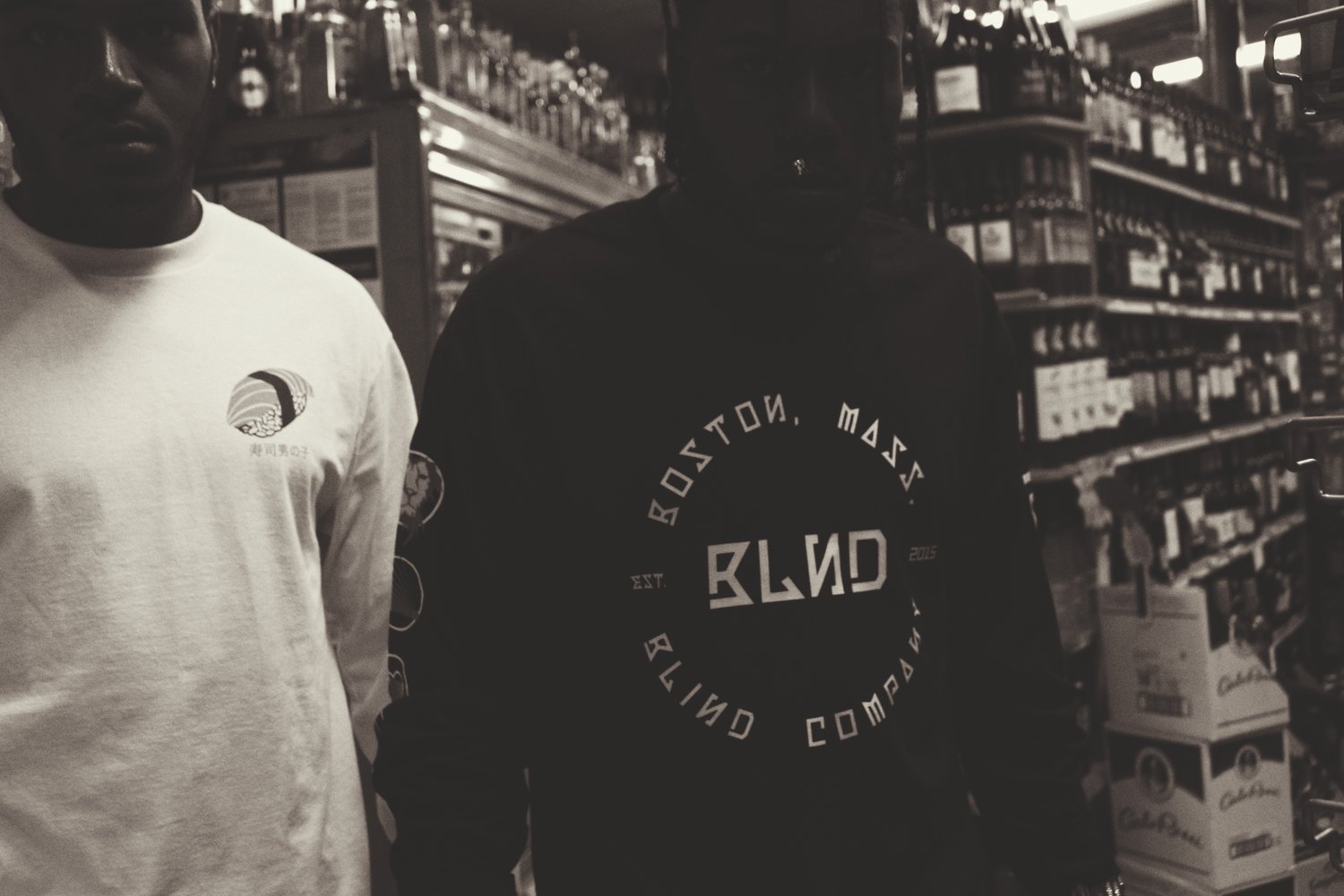 In recent years, the fashion industry in the city of Boston has boomed. Some may call their clothing line more of a lifestyle, while others are looking to make a quick buck using their apparel as revenue for their music careers.

However, an up and coming line ‘BLND’ is using their apparel to change people’s perspectives. Created by Harry Scales & Armani Reed, the duo describes their brand as an ‘avenue of their expressions’ and a way of manifesting their dreams. Though clothes will not be the sole purpose of this brand, Scales & Reed wanted to make a point that they most certainly have something to bring to the table and would not be limited by the ideas and fears of others.

We also aren’t solely focused on the clothes. That avenue is going to prove to be only a fraction of who we are. It’s just the initial phase. We have a lot in store.

In the interview below, Blind Co.’s Armani Reed & Harry Scales go in depth about the meaning behind the abbreviation BLND, their views on whether or not the fashion industry in the city is oversaturated, what they want their audience’s biggest take way to be, and more. 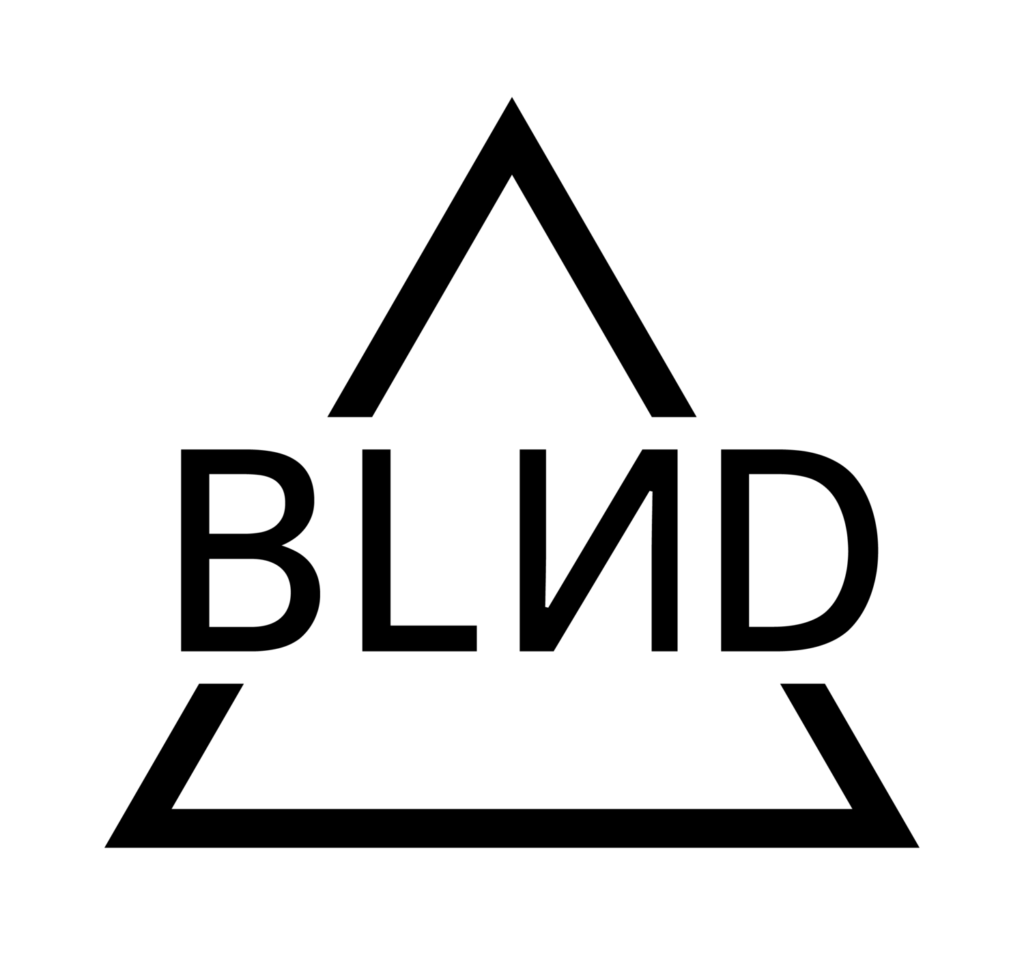 Give us a little bit of background about who you guys are and how’d you got into the clothing industry.

Two people from Boston with an idea we wanted to bring to light. The clothing was auxiliary.

What’s the definition behind BLND? How did it get started and what does it mean to you?

BLND is the abbreviated form of the company’s longer name, Blind Co. The name stems from a blog that Harry started a few years back called “A Blind Man Walking” where he would share some of his poetry & photography. The idea behind the name was that he felt he was on a journey through life with no real idea of where that life was taking him & in that sense blind to what the future had in store. He also saw the blind man walking as the man who did not fall victim to prejudices & preconceived notions when encountering others along his journey. He felt as though the eyes had been compromised in their ability to see through to the soul of a person & therefore held their influence to a minimum. This became the foundation that BLND was built on.

What’s the biggest take away you want people to get from the line?

The biggest thing we want people to take away from our brand is the freedom that comes with genuinely expressing yourself & your ideas.

Do you think the city is becoming oversaturated with clothing lines? What sets you apart from others?

Much like the music industry, we’re at a place now where people have easy access to a world in which they’re able to express themselves & strive for self-employment & in our opinion that’s a beautiful thing. We’re seeing new, creative work from people all the time & it’s exciting. As long as the work is honest there’s space for it.

We feel as though our ability to separate ourselves from others will be our commitment to our own voices. We, naturally, all echo many of the same sentiments, as is the case with art of all mediums, but no two voices are the same. As long as we can stay true to that idea, that we represent a unique voice, however subtle, we won’t have to worry too much about disappearing among the crowd.

We also aren’t solely focused on the clothes. That avenue is going to prove to be only a fraction of who we are. It’s just the initial phase. We have a lot in store.

What has the support been like since deciding to start the brand?

The support has been overwhelming. It’s really poured in from everywhere & it’s all felt extremely genuine. It seems as though people really rock with what we introduced with this initial launching phase of the business. We’re excited to see what we can do with the momentum.

Overall, would you say things have been easy for you?

Things have honestly been extremely difficult. There were a lot of things we had to overcome in our personal lives over the last few years. At one point we had completely abandoned the project. It feels surreal being where we are now.

Let’s touch on your thoughts on the city of Boston. What do you like the most and the least?

We feel Boston is a city with a lot of untapped potential.

There are a lot of talented younger people working on a lot of things & we feel like the city’s scene is about to diversify & split from the monotony of blue collar bars & clubs that never quite quench your thirst. Poets, musicians, artisans, & artists of all sorts are pushing for their turn in the light & we’re about it.

Lastly, when does BLND officially launch?

BLNDCO’s clothing line contains t-shirts, crewnecks, long-sleeves, and more ranging between $25-$42. They can be purchased at BLNDCO.com