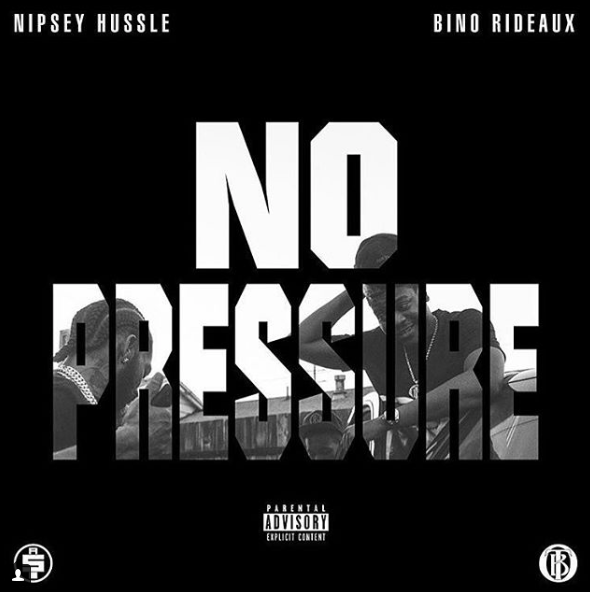 After his announcement earlier this week that he and the mother of his child, Lauren London have parted ways, Nipsey Hussle gets back to the music as he partners up with Bino Rideaux for their brand new mixtape titled, No Pressure. Coming in with 8 tracks, the project contains a lone feature from Harlem’s own Dave East, who just released a mixtape of his own titled, Karma.

‘No Pressure’ should hold fans over until the release of his album, Victory Lap, slated to drop December 1st.

Stream No Pressure below and tell us what you think!