After starting the summer off with the visual to his Polo G-assisted track “FTG,” as well as his solo effort, “Deadly Intuition,” 7981 Kal returns with the official video to his latest offering, “Trapline.”

Directed by SWAGGGYR, the Brockton native finds himself in a warehouse amongst beautiful women who are seen bagging up work and counting up money, as 7981 Kal strategizes on his next play.

Aware of his ways, the rapper is prepared for any consequences that come as a result of his actions.

“Trapline” is set to appear on 7981 Kal’s debut mixtape, Life Without Fear. 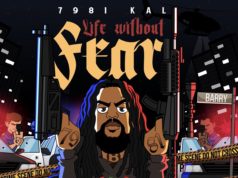