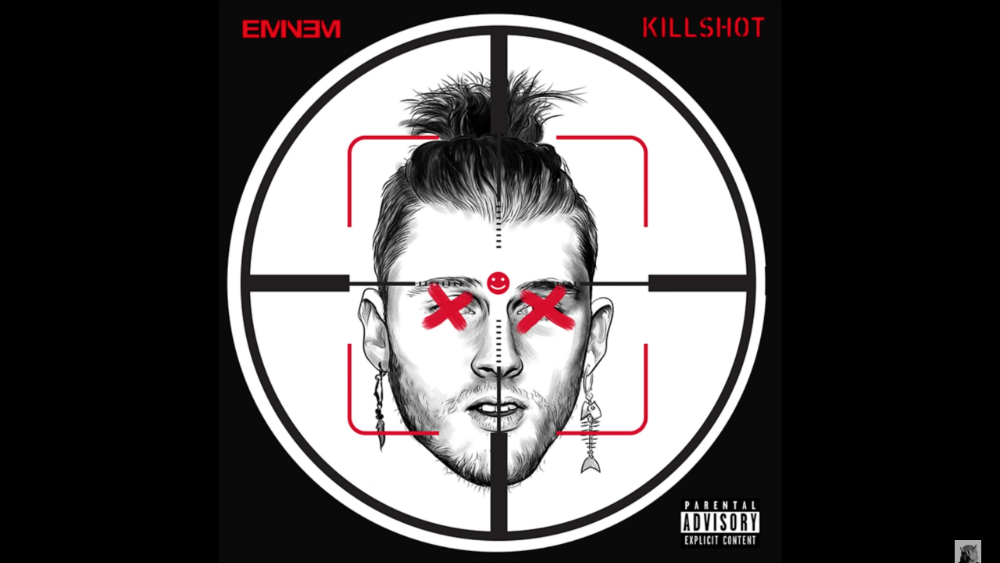 As the feud between Eminem and Machine Gun Kelly begins to heat up, Eminem has decided to become more direct with the Bad boy rapper on his latest diss track “Kill Shot.”

Serving as a response to MGK’s “Rap Devil,” Eminem brings up selling more records than MGK, accuses his boss Diddy of putting a hit out on Tupac, and MGK’s tweet about his daughter which he also brought up on his record “Not Alike.”

“The day you put out a hit’s the day Diddy admits that he put the hit out that got Pac killed.” He circles back to the line at the end of the song, saying, “Oh, and I’m just playin’, Diddy. You know I love you.”

“Here’s that autograph for your daughter, I wrote it on a Starter cap,” Em raps. “Stan, son, listen, man, dad isn’t mad/ But how you gonna name yourself after a damn gun and have a man bun?”

Related Topics:EminemMachine Gun Kelly
Up Next