Bronx rapper, Fred The Godson, has reportedly succumbed to complications of COVID-19.

Born, Fredrick Thomas, 35, the rapper had been in the hospital as of result of COVID-19 since Apr. 6. Posting a photo on social media, the rapper wrote, “I’m in here wit this Corvus 19 sh*t! Please keep me in y’all prayers!!!! #godisgreat.”

Thomas’ wife, LeeAnn Jemmott, feared for her husband’s life as doctors believed he wasn’t going to make it after being put on a ventilator. “I just felt like I was going to die,” she told a Bronx news outlet. “We need him like he is our strength, he is our good vibes, our positivity.”

The news of the 2011 XXL freshman‘s death was announced by longtime friend and frequent collaborator, Jacque, via Instagram on Thursday, Apr. 23.

“Sleep in peace my brother…… You’ll never be forgotten,” said Jacque in a statement. “LOVE U MAN. I have so much things today but I’m lost right now.”

Fred The Godson rose to fame back in 2010 with his mixtape, Armageddon. Earlier this year, the rapper released the project, Training Day, with Saturday Night Live‘s Jay Pharoah, back in January and his final release, Payback, in March. 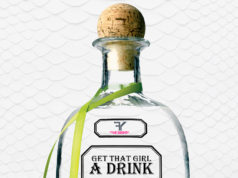 MXCK Premiere: D.E.O.N. Young Ft. Fred The Godson – Get That Girl A Drink