If they don’t know your dreams, then they can’t shoot ’em down

When my grandmother died, I wasn’t really sure what was going to happen from July, on. All I knew was that the woman I had been around every day for 23 years was gone. Sitting in the first row of the church, right in front of a closed casket, I began to hear the stories from all the people my grandma touched. From taking them in when they needed a place to stay to building a church in her backyard just so people could worship, I started to think about the legacy I wanted to leave behind. I started thinking that social work was no longer the route I wanted to take and whether or not going to graduate school for a profession I wasn’t interested in was worth it. Still grieving, I put the thought on the back burner and figured I was just saying that to avoid reality. Besides, could I really make a career off writing? Could I venture out and eventually do promotions for artists and record labels? I mean, after all, this started as just a hobby. I figured I’d just leave it at that.

I know shit rough, but nigga we don’t give up/ We don’t get mad, nigga, we just get tough./ We just get right, nigga, we don’t get left/Fuck what they said, cause what we learned coming up,/You can’t teach that shit. Life deal a nigga blows, but we eat that shit

A week after the funeral, I began to feel depressed. I’d stay in bed all day long and would go to my parents’ room to use their bathroom instead of the main bathroom just so I wouldn’t have to be in front of my grandma’s door which was right across. Realizing later on in the week that that was no way to live (cause I was ridiculously hungry), I finally went into my grandma’s room and cried. I cried for hours and said out loud that I was going to finish school and meet the love life and get married – just like she asked and said she would see. (Hopefully, she heard me).

That night, I sat in bed and watched J. Cole’s 4 Your Eyez Only documentary. Though the whole album wasn’t necessarily about him, records like “For Whom The Bells Toll” and the album’s title track made me feel like he knew exactly what I was going through.

The bells getting loud, ain’t nowhere to hide/Got nowhere to go, put away my pride/ Tired of feeling low even when I’m high/Ain’t no way to live, do I wanna die? I don’t know

Sometimes, I wish my grandma took me with her. It was getting tiring trying to smile and stay strong when I didn’t want to. Finishing the documentary, I began questioning my purpose. J. Cole found his, how could I find mine?

I took it up a notch and decided to listen to Cole’s whole discography. It took me two days to get through everything, but it was worth it. It distracted me from reality for a little bit so I knew it was fate and that I was meant to listen. From The Come Up to 2014 Forrest Hills Drive, we basically watched his story unfold. It was a glimpse for people to see what happens when you follow your dreams and whether or not it was worth it.

Even if you watch his old interviews – whether it was with Angie Martinez, The Breakfast Club, or Elliott Wilson, everything he spoke came into fruition and I wanted the same.

Pardon me, if it seems that I’m following my dreams/ I ain’t reading off the script that they picked for me

Reinforcing the words ‘follow your dreams’ in my head before I went to bed, I woke up the next morning and called my mom who was staying in ATL for the week to clear her head and told her that I didn’t want to go to graduate school for social work anymore, but instead wanted to go for communications and marketing. She literally couldn’t be any happier and told my dad later that day. She said at this point in my life, I should do whatever makes me happy cause at the end of the day, my parents weren’t living my life, I was.

So, after getting her blessing (I was going to do this whether she gave it to me or not), I withdrew from BU the next day, ended up getting a promotion at work two weeks later (which was technically yesterday), and start my journey to apply for graduate school again.

Anything’s possible, you gotta dream like you never seen obstacles.

They say once you choose the path God wants you to follow, things start falling into place. I denied choosing this as a profession because I didn’t think I could do it. However, I’ve noticed every time I tried to get away from writing for sites or leaving this one, God somehow rerouted by steps like a damn GPS. Nothing can stop God’s plan for your life. (Seriously.) Start believing it.

God is real and he usin’ me for a bigger purpose/ So fuck the world that would have you think that a nigga worthless
Sometimes I think that these verses can help a person/ Way more than the ones they readin’ in churches on days of worship/No disrespect to the Lord and Savior, that ain’t just ego/I just observe that them words no longer relate to people 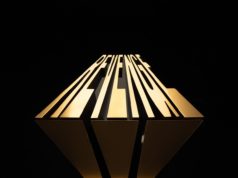 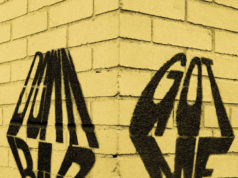 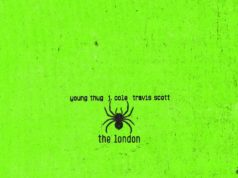