Today we celebrate the life of Nipsey Hussle, BET continues to remember his work, music and legacy within the community. Rest in Power, King #TheMarathonContinues #HussleForever #BETRemembersNipsey

Ermias “Nipsey Hussle” Asghedom tragically lost his life on Sunday, March 31, while standing outside of his clothing store, The Marathon.

Though he was taken from the earth at the tender age of 33 years old, the work in his community will never be forgotten. From the intersection of Crenshaw Boulevard and West Slauson Avenue renamed Ermias “Nipsey Hussle” Asghedom Square to his community work being put into public records by the city of Los Angeles, many hope to carry out the work Hussle has started.

In celebration of Nipsey Hussle’s life and legacy, BET will be live streaming the funeral procession of the Crenshaw native online via BET.com and on Facebook, starting at 1 p.m. EST/10 a.m. PDT on Thursday, April 11.

Tidal will also be airing the funeral here. Don’t have Tidal? Sign up here for three months free.

Taking place at the Staples Center in Los Angeles, fans were given the opportunity to purchase free tickets to pay their final respects to their hometown hero. 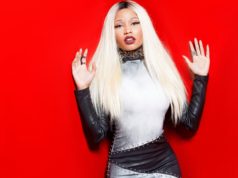 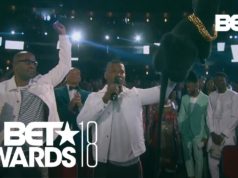 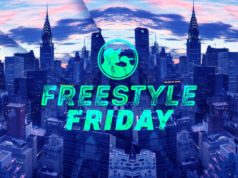