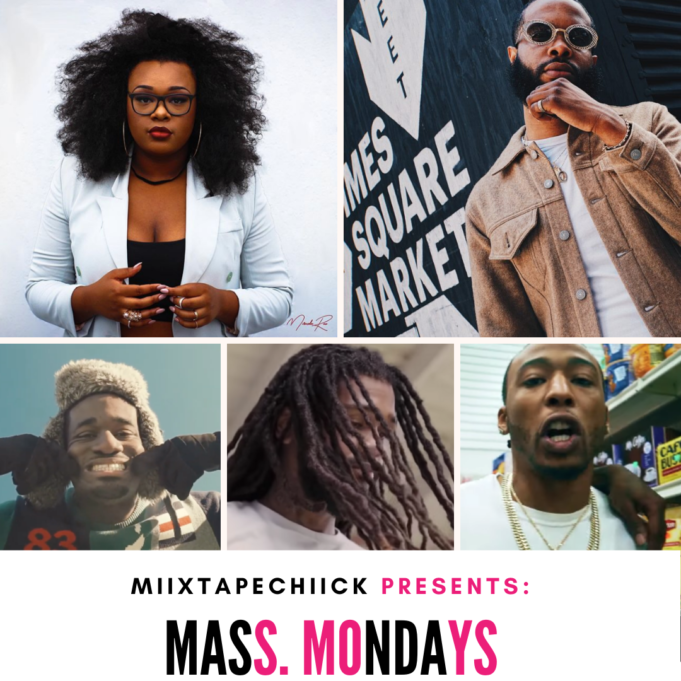 There’s always so much new music to consume week by week that sometimes it gets overwhelming and almost hard to keep up with. So, I decided to start a new series titled, Massachusetts Mondays (MASS. Mondays, for short), so you can hear the latest sounds all in one post.

Take a listen below.

Though only 4 tracks, the fifteen-minute effort is enough to make you a fan. More upbeat than Excuse My Baggage, Defying Love finds Miranda Rae in search of a deep connection that manifests into something that’s irreplaceable. In “Prayer Love,” the songstress hopes her lonely nights and the tears she cries come to an end while “Invitation for Love” finds her heart open to new possibilities.

“Back to Me,” one of Miranda Rae’s slower records, and one of my favorites, finds herself in recovery after dealing with broken promises and trust issues, but nonetheless, still wants to make it work.  Wrapping up the project with “Tearing My Soul,” the slow ballad doesn’t grant Miranda Rae the happy ending she was hoping for. Sick of waiting and sick of the pain, her soul aches as she wants off this rollercoaster of a relationship.

Last year, Brockton rapper Saint Lyor dropped his single, “Gossip” which caught on like wildfire. Landing on numerous platforms and racking up over 6k+ on Soundcloud and 1.8k views on Youtube, the Van Buren Records artist is ready to shake things up again with the release of his latest single/visual, “Aunt Jemima.”

Shot by Saint Lyor himself, alongside Colin Pagnoni, the visual finds Saint Lyor hitting the streets with a few familiar faces to provide an electrifying performance.

Releasing his In Due Time EP back in December, Kam’geez returns with visual treatment to the EP-cut, “Gorgeous Young Bastard.” Also known as the name of his team, which also consists of Dishurd, director, and artists Pretty G G Pretty and Don Dadda, as well as stylist Jamil, the record serves as a theme song for the collective as well as a reminder to others that they’re not your average group of people.

After bringing us the official video to both “Watch Me Win” and “Head Tap” featuring KT Cuatro back in November, 8Zipp has officially made the records available on streaming platforms. Under the Shooterz Muzik imprint, the two records are a lot different from the four other records we’ve introduced above, but that’s what makes it special.

Everyone is addicted to something that they know is bad for them, but at least 7981 Kal can admit it. In his latest visual, “Drip N Foreign,” we get a behind the scenes look of 7981 Kal’s life from making a few bands on the streets and meeting fans at the mall to hitting the studio and catching flights. “Drip N Foreign” lives on 7981 Kal’s debut mixtape Life Without Fear, out now.