Two years ago, rapper Tay-K was arrested on suspicion of capital murder and aggravated robbery.

Born, Taymor McIntyre, the 19-year-old rapper was found guilty of murder and convicted with three counts of aggravated robbery following his involvement in a home invasion that left a 21-year-old man dead back in 2016.

However, McIntyre pleads not guilty to capital murder charges.

Tay-K faces another capital murder charge, as he is accused of murdering Mark Saldivar, 23, following an alleged robbery at a Chick-fil-A in San Antonio in April 2017 as well as the robbery and assault of a 65-year-old man in Arlington, Texas, in May 2017.

Prior to his arrest, the Houston rapper cut off his ankle monitor and was on the run, which inspired to record his most viral hit, “The Race.” The situation triggered a national manhunt on Tay-K and resulted in his capture in June of 2017.

The visual to “The Race” was released that same day.

Tay-K faces a minimum of five years in prison and a maximum of ninety-nine years after being found guilty of murder. The trial for his two remaining cases is still pending. 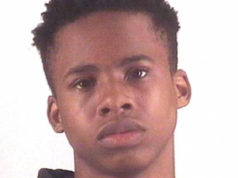 Tay-K Sentenced to 55 Years In Prison 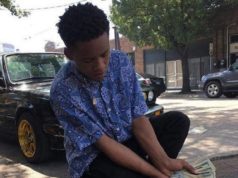 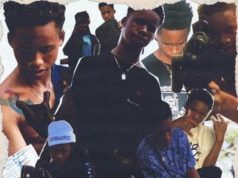