After releasing “Life’s Great” and “Behind Bars” earlier this year, Detroit’s own Rocky Badd returns with a brand new visual titled, “Bullshit.”

Over the production of @WizkiddxSillieV, Rocky Badd reminds everyone that she’s never had to ask for a handout and can run the game all on her own. The rapper also calls out other rappers that she believes are acting like frauds. 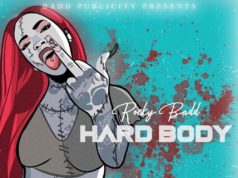