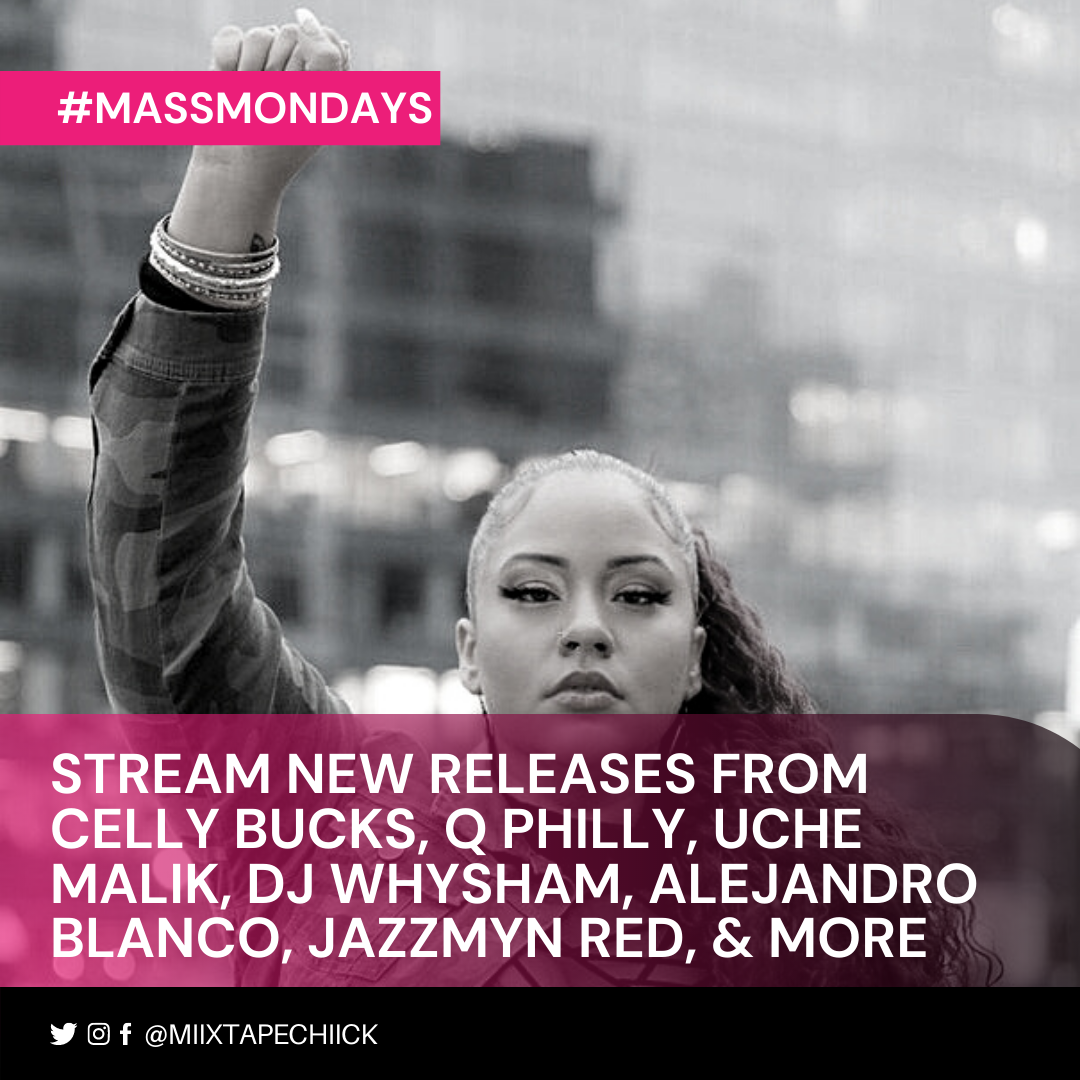 As the summer begins to wrap up, artists are bringing us content left and right. This time around, we have ten artists for this week’s #MassMonday.

Normally, we try to cut it down to five, but it didn’t feel right. So, get ready to listen to some new content.

Recently announcing his forthcoming EP, Diamond In The Streets, Lynn’s own Celly Bucks returns to the trenches on his latest offering, “Detroit.” Sampling Raekwon‘s “Ice Cream,” the trap-infused instrumental allows Celly Bucks to bring us a subtle flex in the TANJ-directed clip.

It looks like Shooters Muzik just added a new addition to the roster. After Shay Band$ made her label debut with “Distant,” Boston’s own Q Philly releases the official video to his latest effort, “Get Me Lit” featuring TwoGzLikeGucci. Directed by @HarvardsEye, the record serves as the perfect introduction for the two artists, as we learn what not to do around them, the type of company they keep and get an inside look of life in the trap.

Uche Malik is probably one of the few artists I’ve heard from the state in the genre of AfroBeats. After randomly coming across him through a retweet via Twitter, I’ve been hooked. To makes things better, Y.D.A. and Wayup Rui have now been added to my watch list as well. The three artists recently came together to bring us the record, “For The Night.”

According to Malik, the money from record purchases will be donated to “organizations working to help aid Nigeria affected by COVID-19 and other tragic occurrences.”

Serving as a follow-up to “They Know,” Cash Gotti continues to show and prove why there is really no one in his lane doing what he does.

The record is set to appear on Gotti’s highly anticipated debut album, Everything Dirty.

Accepting nothing less but realness from their peers, Dun Dealy and BoriRock drop some encouragement and life lessons over the street anthem.

Fearless Music Group has always been a vibe. After YounginTrue dropped his Coldest Vibe project, Alejandro Blanco follows right behind with the pressure dropping his brand new EP, Texacaliny.

2020 has been long. Like, long long. Between the pandemic and the unjust killings of Black people at the hands of police, rapper Jazzmyn RED decides to use her voice to spark conversation on her latest EP, REDvolution.

Ranging from topics of domestic violence, street violence and police brutality to the feelings of desensitization related to said violence, Jazzmyn RED gives us a battle cry to get through it all.

A strong project, “ShootHER” resonates the most. Not only as a black woman, but constantly enduring the tired feeling of being unequal and questioning whether or not it’s worth to raise a child in a hateful world. (She did that, though).

Both new to the website, Chitho and Ricky France complement each other WELL as a duo. When I saw the teaser visual on Instagram, I was upset that I have heard neither of their music before, but here we are now!

The bass on “GIGI” will do your Bluetooth speakers justice, whether you’re in your home or in your vehicle. If this record isn’t enough for you, stream last month’s collaborative effort, “Andela.”

EightyEight & Sonni Mai – ‘What You Do’

Slowing things down, EightyEight teams up with Sonni Mai on “What You Do.”

Serving as a follow up to his May project, Inside Out, EightyEight finds himself embarking relationship woes, realizing that he may have found the one. Realizing that he’s no longer the person he used to be, the singer acknowledges these new feelings and can’t put his finger on how his new love got him this way.

With Sonni Mai coming in with her angelic sound, she too feels the same about this new found romance that has swept her off her feet.

Triy has always been known to deliver a bop at the right time.

After hosting an Instagram Live concert last month, the artist teams up with Rosewood Bape for brand new single, “That’s My Baby.” Serving as a follow-up to “Do You Think About Me,’ Triy’s latest offering is set to appear on his debut album, The Unexpected Journey, coming soon.

It’s a shame that the clubs are closed because this would surely go off.

Beginning the campaign for her forthcoming debut album, Finally, DJ WHY SHAM kicks things off with the release of her lead single, “We Run The City.”

With cameos from Brandie Blaze, Red Shaydez, Amanda Shea and more, it’s more than clear that Boston has always had next.