Two years ago, Tory Lanez treated fans to the release of his critically-acclaimed mixtape, Chixtape 4, on New Years Day.

On Chixtape 4, fans were introduced to Keisha’s sister, who Lanez left scorned by the end of the project (play “Proud Family). However, let’s start from the beginning. In 2010, Lanez dropped Chixtape 2, where we were introduced to his love interest, Jalissa. Though she wasn’t interested at first, Lanez was adamant about getting the draws.

Soon after, Jalissa ended up getting played by Fargo (play “T.L.C.“) which resulted in her smashing the windows out of his car. Where are then led to Chixtape 3, where we are introduced to Jalissa’s best friend, Keisha.

Tory fell in love with Keisha, but once Jalissa caught wind, she “fucked all that shit up” and the love affair between the two ended in Tory getting played. As revenge, Fargo goes after Keisha’s sister. (He just can’t seem to get out of the circle).

Though we never find out her name, Lanez is remorseful after doing her dirty, which brings us to Chixtape 5.

Marking the return of Jalissa, she is stopping at nothing to break Tory.

Chixtape 5 brings us to another chapter of Tory’s love saga and he grabs some legendary samples to help tell the story. 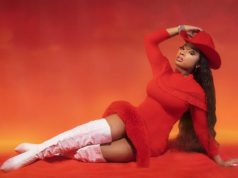