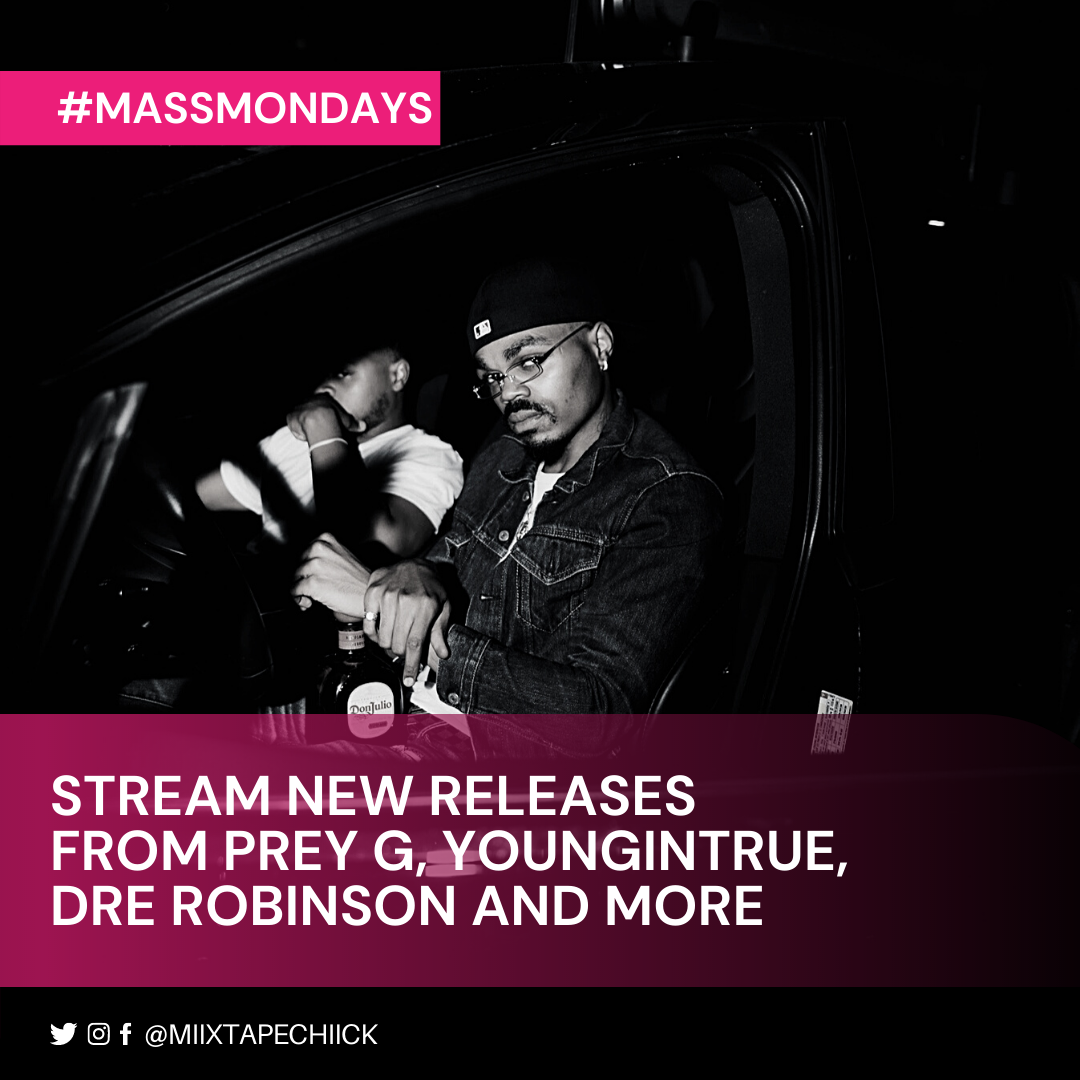 As we begin a new week, we’re jammed with a bunch of new music coming out of the state. This one is special considering the uncultured article that the Boston Globe released this past week regarding the music scene in the city; but, we’re not giving them shine on this side.

Check out the new music and projects released by Prey G, YounginTrue, Dre Robinson, Cliff Notez & Dephrase and TRENCHBOYZ below.

You may remember Prey G on the site around this time last year when she released her banger, “Dead Dogs.” After being in the lab cooking, the rapper returns with her debut visual, “Love, First.”

After trying to guard her heart and feelings, Prey G is sadden as she may have lost her first love for simply trying to protect herself.

(Can I just say I’m so happy that this is on streaming services cause you will SEE ME blasting this record in the morning).

YounginTrue drops his third executive-produced album, Coldest Vibe. Serving as a follow-up to EastSide FairyTales, YounginTrue teased fans with what to expect after releasing the official video to the project cut, “Clueless.”

Jam-packed with 20 tracks, the love story takes place in Miami where YounginTrue tries to bag a woman in front of his friends. Denying his advances, the artist vows to make her fall in love with her.

With help from Alejandro Blanco, Prince Smooth and Young Zo, the Hood Blues Sound artist takes us on a journey – from describing how memorized he was when he met his beau on “Rider Sway” sampling O’Ryan‘s Take It Slow, their first date on “San Fierro,” and of course all the bullshit that can happen in a relationship in between.

Over six tracks, Robinson shows us just how serious he is about his craft off the first track alone titled, “Fresh Out of Lines.” With his witty punchlines and aggressive delivery, it’s safe to say that bars is his game around here.

To prove it, you can check out Robinson’s Instagram, where he’s been posting a freestyle every Friday as part of his #50ForFriday series.

With assistance from Shall and Cyrus Deshield, stream Golden In My State below.

Cliff Notez and Dephrase aren’t strangers around this city, but here’s their first feature on miixtapechiick.com

“Voodoo Doll” hits home, especially for someone like me who’s creative, but has to work to live and live to work every single day. It gets tiring, but Cliff Notez and Dephrase certainly feel my pain and yours.

Social Absence is different for a person like me who’s used to listening to hardcore rap all the time BUT I understand it. From wanting to just ignore my phone all day long and escape from the world to having to practice social distancing on a regular basis, it becomes a lot and Cliff Notez and Dephase are here to share the pain with us.

Though we’ve spent pretty much the whole summer in quarantine, TRENCHBOYZ said they were still bringing the heat, regardless.

Deciding to remix Nelly‘s 2002-single, “Hot In Here,” Gunnz Haf, Leon Lavvish, Flipskinnyflip and Chasing May come through with a twist over The Neptunes-produced track.

Prince Smooth Takes Us To The Catalina