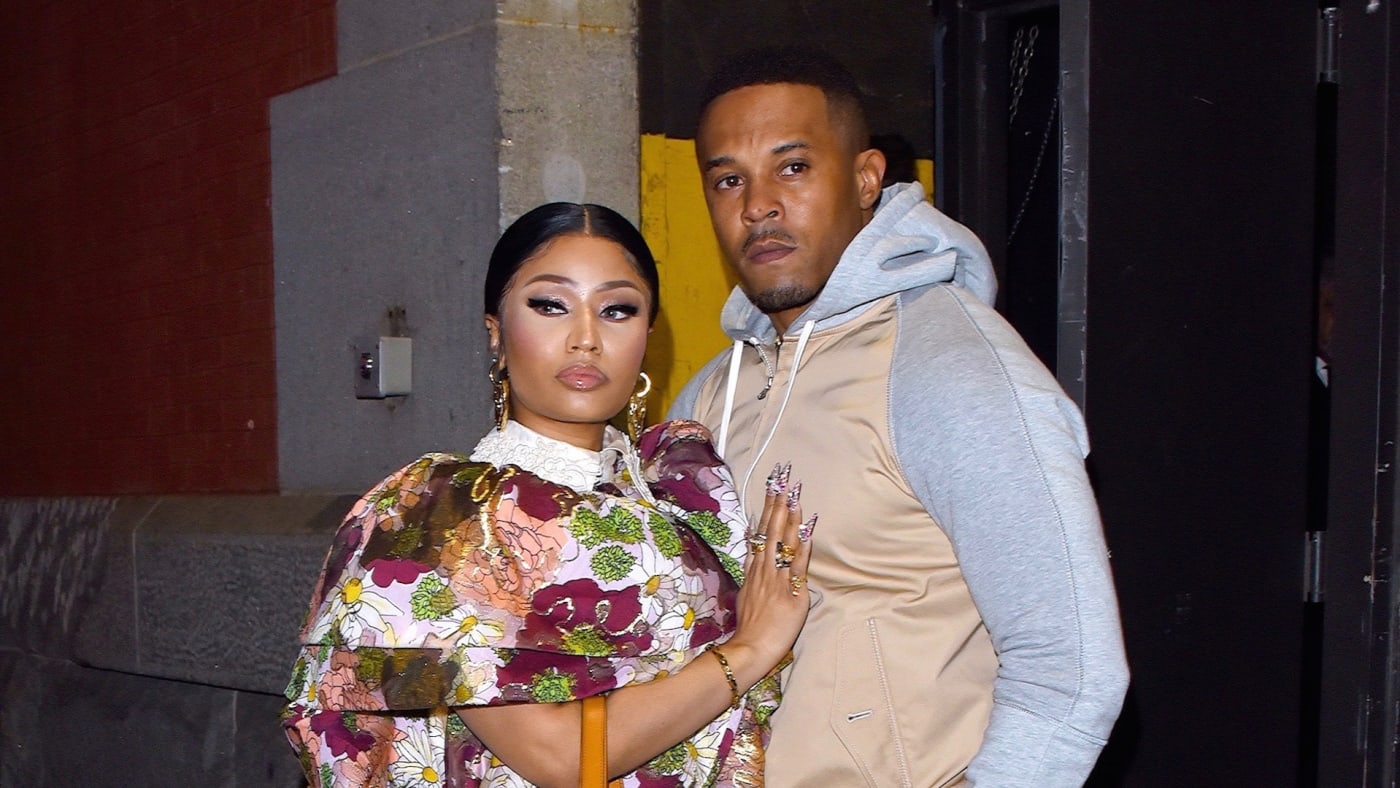 Jennifer Hough, the woman who was suing Nicki Minaj and Kenneth Petty for alleged harassment and intimidation in efforts to get her to recant her account that Petty sexually assaulted her, voluntarily dismissed her case against Minaj on Wednesday, January 12.

According to TMZ, there was no financial settlement that made Hough drop the case, however, Petty still remains a defendant, meaning the case against him is still active.

“The case was voluntarily dismissed as to Nicki in NY,” Hough’s attorney, Tyrone Blackburn said in a statement. “The case against Kenneth is ongoing. This does not mean that Nicki Minaj is in the clear. In fact, she’s probably in a worst position now than prior to when the case started. So, I would say, stay tuned.”

Petty was convicted of assaulting Hough in 1995 and served four years in prison. Hough spoke about the incident publicly on The Real, back in October.

Minaj has not addressed the dismissal, but tweeted a unicorn emoji in response to a tweet that quoted her verse on Tasha Cobb Leonard‘s 2017 release “I’m Getting Ready,” which read, “I don’t gotta talk the lord defends me.”

“In my view, your conduct in pursuing this case against Nicki represents the worst of our legal system: bottom-feeding lawyers who pursue frivolous actions against a celebrity assuming that they will be paid off if they throw enough dirt.”

Judd continues, “You forced my client to spend over $300,000 in fees to defend a case which even my labradoodle, Gracie, could see was frivolous on both the facts and the law.”

Petty is to return to court in March for sentencing after accepting a plea deal back in August for failing to register as a sex offender in the state of California. On December 1, 2020, Brooklyn rapper Casanova turned himself in to authorities after a warrant was issued by the FBI for his arrest, as part of the 18-member gang sweep of the Untouchable Gorilla Stone Nation (UGSNB).

Today (May 11), Casanova,  born Caswell Senior, has entered a guilty plea on the charges of conspiracy to commit racketeering, conspiracy to distribute controlled substances, and possession of a firearm in furtherance of a drug trafficking crime.

The “So Brooklyn” rapper is the 13th defendant in the racketeering case against the UGSNB gang to plead guilty, according to ABC7. In addition to his guilty plea, Senior “admitted to a July 2020 shooting in Florida, an Aug. 2018 robbery in New York City, and to trafficking more than 100 kilograms of marijuana,” according to NBC New York.

Senior will be sentenced in December and faces a mandatory minimum of five years in prison and a maximum sentence of 60 years. Gunna has surrendered to Fulton County police following Monday’s arrest of Young Thug and 28 other YSL members on RICO charges.

BREAKING: Rapper Gunna (Sergio Kitchens) has surrendered to authorities in Fulton County. He is charged with Conspiracy to Violate the Racketeer Influenced and Corrupt Organizations Act (RICO). @wsbtv pic.twitter.com/xYAQZKABF2

Gunna, born Sergio Kitchens, was taken into custody Tuesday (May 10) afternoon on one charge of Conspiracy to Violate the Racketeer Influenced and Corrupt Organizations Act (RICO), according to Atlanta news outlet, CBS46.

On Tuesday, Young Thug was arrested in his home in Buckhead following a raid after Fulton County Police filed a 56-count indictment against Thugger and 28 other members of Young Slime Life (YSL) with charges of murder, armed robbery, aggravated assault with a deadly weapon, theft and possession of controlled substances and firearms.

“It does not matter what your notoriety is, what your fame is if you come to Fulton County Georgia and you commit crimes, and certainly if those crimes are in furtherance of street gangs that you are going to become a target and a focus of this district attorney’s office, and we are going to prosecute you to the fullest extent of the law,” said  Fulton County District Attorney, Fani Willis.

Young Thug appeared in court Tuesday morning in front of Judge Rashida Oliver via Zoom and was formally read his charges. The 30-year-old is being charged with Conspiracy to Violate the Racketeer Influenced Corrupt Organizations Act (RICO) and Participation in Criminal Street Gang Activity.

According to the 88-page indictment, charges stem from incidents that occurred between January 2013 and April 2022, including the attempted murder of YFN Lucci. Prosecutors have alleged that Thugger gave YSL members Christian Eppinger and Antonio Sumlin the go-ahead to take YFN Lucci out while in jail.

FYI I’ve obtained the full 88-page indictment involving Young Thug, Gunna and YSL for anyone that wants to read: https://t.co/OmHgl2XMaf